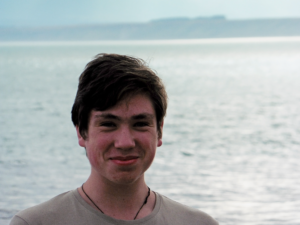 Hi there! I am Erwin Aust, I’m 15 years old and I’m from south germany.

My exchange here in New Zealand started in January and I’ll be leaving in July. Since I have been living in Wanganui quite a while now it feels like a home and I am very happy to say that because this is a beautiful city. I really enjoyed being here in New Zealand and at Wanganui High School.

There is a big difference here in the school system. For example the subjects, here in New Zealand you can choose between many subjects for example psychology, automotive engineering or food and nutrition.

In Germany you get a schedule and on this Schedule is your school day and your subjects you have to learn. One good thing about German school is it ends at 12:40pm instead of 3:05pm like here in New Zealand. Even though it means you have to get up early in Germany for school, I think it is better when the school ends earlier than later.

One of the best subjects here in New Zealand was CNZ because of the many trips we were doing at our time there. In the first term we had trips like kayaking at Lake Wiritoa, or kayaking in the river. These trips were really cool because I learned here bow to kayak. We also did some hiking at South beach. Bushy Park and we did the Tongariro Crossing and we saw Mt. Ngauruhoe. On the Tongariro Crossing I saw a few of the most beautiful views I have ever seen and of course the Mt. Doom from Lord of rings. I also saw the Emerald lakes at the Crossing and they were really beautiful.

I went to Wellington with the school we visited a museum had a walk in the city and we went to the weta caves. The weta caves are film studios for lord of the rings movies and they showed us how they did the special effects in the movies which was quite impressive.

In the first holidays I went to Hobitton with Yougonz and it was really nice to see the movies sets of the lord of the rings movies because they were even more beautiful in real life than on the screen.

In the second term we had trips like hiking to Mt.Ruhapehu. It was a very nice walk there was a large field to cross to het to a viewing point it was very nice. We went on Mt. Taranaki and the Wilkies pools which was a short hike but still a really beautiful one.

In the third term I went to the bottom of the north island and we visited a light house and were at a beautiful coast and saw some wild seals it was really cool.

I can’t thank my parents more that they made all of this possible for me. and I had an incredible time here in New Zealand.